HOODS is dealing with the phenomena of The Uncanny Valley – the human response of revulsion or uncanniness when faced with creatures, which are almost-human looking. Within this, an objective is to create a performance situation in which the boundaries between scenography, choreography, performers and audience disappear.
“The audience movements becomes an important part of the piece. HOODS expands the term of composition to be about all the bodies presence in the room; not only the performers”. Hanne Frostad Håkonsen

Ingri Fiksdal is one of the most notable choreographers of Norway. Her work has toured extensively internationally in recent years to critical acclaim. HOODS will be traveling to various Nordic festivals in the coming autumn.
More info and credits

Premiered May 29th 2014 at the Mellemrum festival, Copenhagen, Denmark

Based on a score of intentions for choreography and music Moon, Sugar and Fur Attack 2 exists for the dream of symbiosis and is a sensorial abstraction of the four-dimensional human.

The Mob is choreographer Emma-Cecilia Ajanki and choreographer/sound artist Julia Giertz. The Mob is recognized for setting their own agenda, moving fluently between formats and different expressions. Their creations have toured Europe, New Zealand and the United States. As well as being selected for Wilderness dance they are currently working on a new work through Europe Dance House Network’s Module Dance, to be premiered in October 2014.
More info and credits 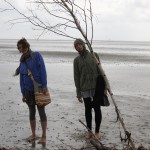 A reflection of community values.  The lonely and distant villages of Danmark, Norway and Latvia as creators of the modern human identity. The performance is built on the basis of documented life stories of the local people – feelings and thoughts complemented by the creative team’s visual and emotional experiences.

Anatomy of Dance is a contemporary dance company founded in 2007 in Riga, Latvia.  It is run as an independent and open stage for dance performers and choreographers. More info and credits 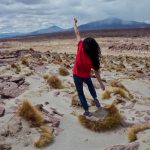 The Swufus (LV)
TAKE A WALK TO GIVE IT BACK

During Wilderness dance residencies The Swufus put themselves through the test of wilderness. They took a walk through the amazing wilderness places and now inspired by nature, they want to give a gift, to give the walk back. Take a Walk to Give it Back is a performative workshop and a sensory walk. It is based on dance improvisation practice, where participants will explore movement and body through the interaction among themselves and the environment.

The Swufus are Rūdolfs Baltiņš, Jānis Sniķeris, Kristīne Vismane and Uldis Sniķeris. They met as students at the Latvian Academy of Culture and have since then, in one way or the other, crossed paths. The Swufus was specifically formed to take part in Wilderness dance. More info and credits 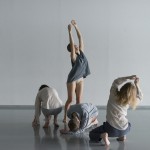 Four artists share a process in which they focus on the nature of dance. The relationship between the dancer’s body and movement to nature and the natural has altered through dance history. The choreographer-performers wish to take part in this continuum and dance the nature of 2014.

Herrala, Muilu, Mustonen and Tiitta are independent artists working in the field of dance and performance. They have worked in various roles in artistic productions e.g. as choreographers, performers, designers and curators and collaborated with many different groups in Finland and abroad. Nature Dances is the first project they create together in this constellation. More info and credits

Foreign Mountain is a dance-based collective formed by Lotta Suomi (FI), Ásrún Magnúsdóttir (IS), Austeja Vilkaityté (LT) and Lea Vendelbo Petersen (DK). The group works as a nomad collective and travels through residencies without having a fixed base. The different places they arrive to are integrated in their practice and creation. More info and credits

An experiment with sensors, with soft and hardware developed by the artists, the audience is invited into a “created room” to explore.  A room filled with soundscape from Denmark, Iceland and Norway, an installation inspired by Danish windmills, Icelandic vulcano energy and Norwegian wind and water.

Norwegian choreographers Trine Saltermark and Silje Nordheim, together with composer Jørgen Larsson, come together in Wilderness dance as TIP, Translation in Process. All three artists share an interest in working outside of urbanised areas. Their chosen name, Translation in Process, refers to the constant process of decoding what happens in an encounter with something new. More info and credits 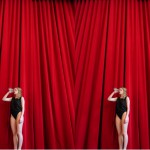 Screened for the first time on August 8th 2014 at keðjaMariehamn, Åland Islands, Finland

An invitation to a shared experience of the fragile self, a self that is gazing at its own gaze, staring at its own stare, perceiving its own perception, unsettled by its own borderlessness in the blue light of empathy.

Margrét Sara Guðjónsdóttir is considered one of the unique forces of Icelandic choreography.  Her work has been shown throughout Europe since 2007. She was selected to represent Iceland the last ICE HOT platform in Helsinki 2012. She will create a new work for the Cullberg ballet in 2015. Blind Spotting the performance is premiering in Berlin in June 2014. More info and credits 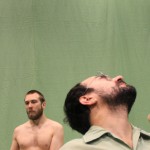 A piece about the familiar and the unknown. About people and something else that remains alongside humanity.

“This piece was about making dance of things that are shared around the world wherever we go. I wanted to use my time in the Wilderness to connect with the people that lived in these remote towns and through talking to them make a piece that was about us. I did that and then I got to the end of that and saw that there was also something else that remained or lingered alongside all this humanity and that is where I finished the piece, in the forest.”

Janina Rajakangas lives in London, UK and Turku, Finland.  She has made various collaborative work with European artists. Her main collaborator for her Wilderness dance piece is Neil Callaghan, a creative and performative UK based artist. More info and credits

hello!earth (DK)
LIFE IN THE UNIVERSE – A GATHERING FOR ANIMALS, PEOPLE AND MINERALS

Where does nature start and end? At the surface of our skin, or in a far away galaxy? And how do intelligent systems described in biology connect with ideas of intergalactic collectives? And what about us?

LIFE IN THE UNIVERSE – a gathering for animals, people and minerals deals with shifting paradigms of our relations to natural environments and possible roles for humans.

Denmark based hello!earth create audience-sensitive, participatory art works with a multi-disciplinary approach. Since the company was formed in 2007 their approach has manifested in a series of works and numerous co-operations with leading art, theatre and dance institutions worldwide. More info and credits